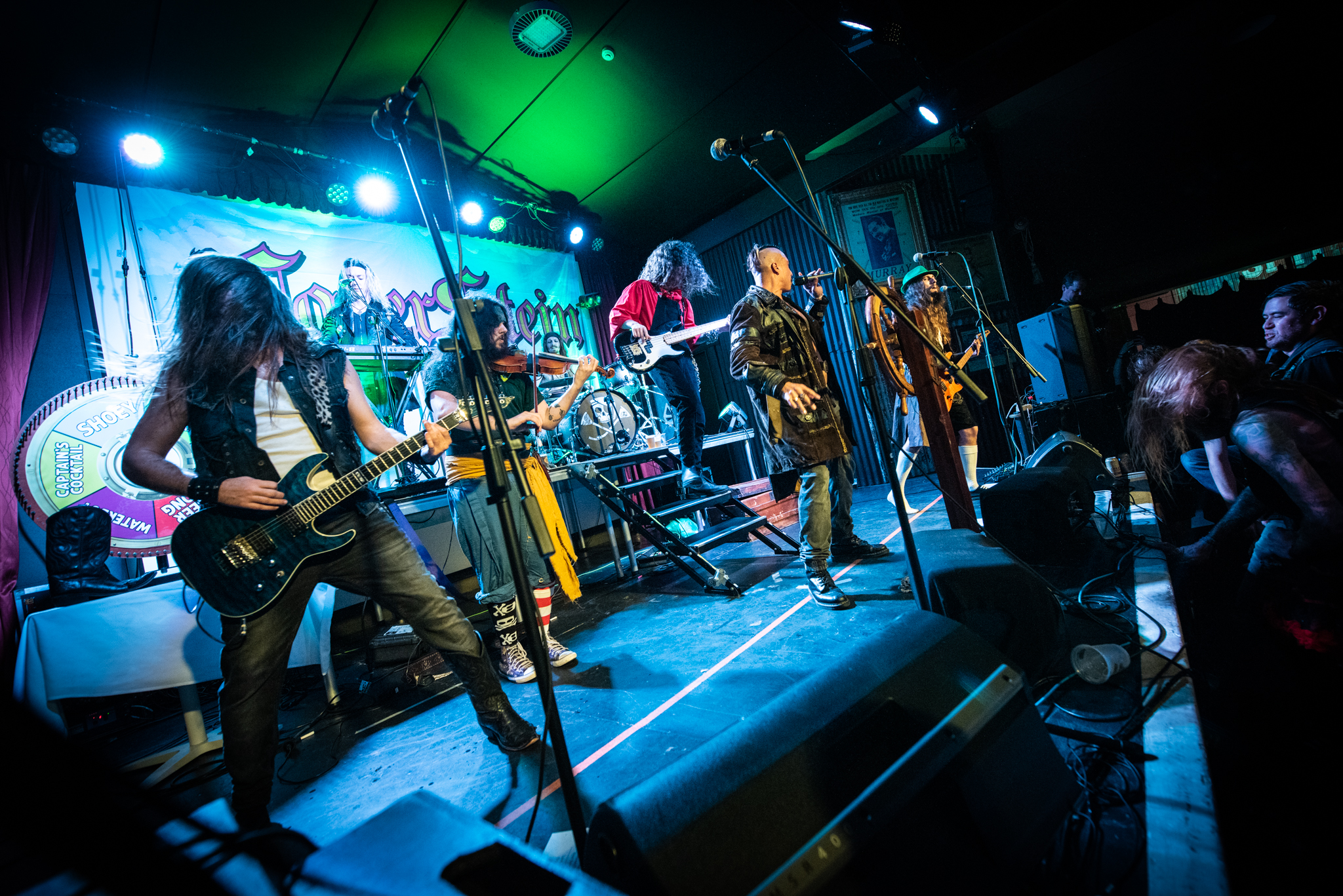 The ultimate party rolled into the Shed at the Banana Bender Pub, Sunshine Coast last Saturday night (1 May 2021) with Lagerstein supported by Muules, All Hours, Wisdom Realm and Minus Pinto.  This pirate party was great and lots of fun for the whole crowd who were also mostly dressed in their best pirate outfits.

I was very impressed with Lagerstein and their musicianship and their banter with the crowd, playing songs from their three albums and their newly released live album/DVD.

Lagerstein’s show was full of high energy and it was laced with crowd participation, beer bongs and shoeys to quench the thirst of each and every member in the audience.  There was a lot of beer/rum flowing, partying and singing pirate shanties on the night.

All the support bands for this gig – Muules, All Hours, Wisdom Realm and Minus Pinto – played great on the night as they were all different sounding bands and added to the atmosphere of this party for the crowd and venue building up from the opening band and getting heavier as the night went on.

Check out the photos that Marc Austin Zande (Shadow Photography) took at this show and all the bands on this post and on the photo gallery in the gallery.

If you like great stage shows, drinking, lots of fun and sing-alongs, you have to get to a Lagerstein show very soon.  They have a few shows across the east coast of Australia in the coming months including their next show in Brisbane on Friday 18 June.  Check all of the gig/dates out on this bands online websites.  I can’t wait to see this band play live again as I really liked them a lot and had fun hanging out and meeting all of the band members on the night.  I got talked into getting up on stage while Lagerstein was playing and spinning their wheel of drinking and landing on shoey.

Hopefully Lagerstein will return for another show on the Sunshine Coast later in the year.  Keep it live, loud, local and see you out at a gig/event very soon.