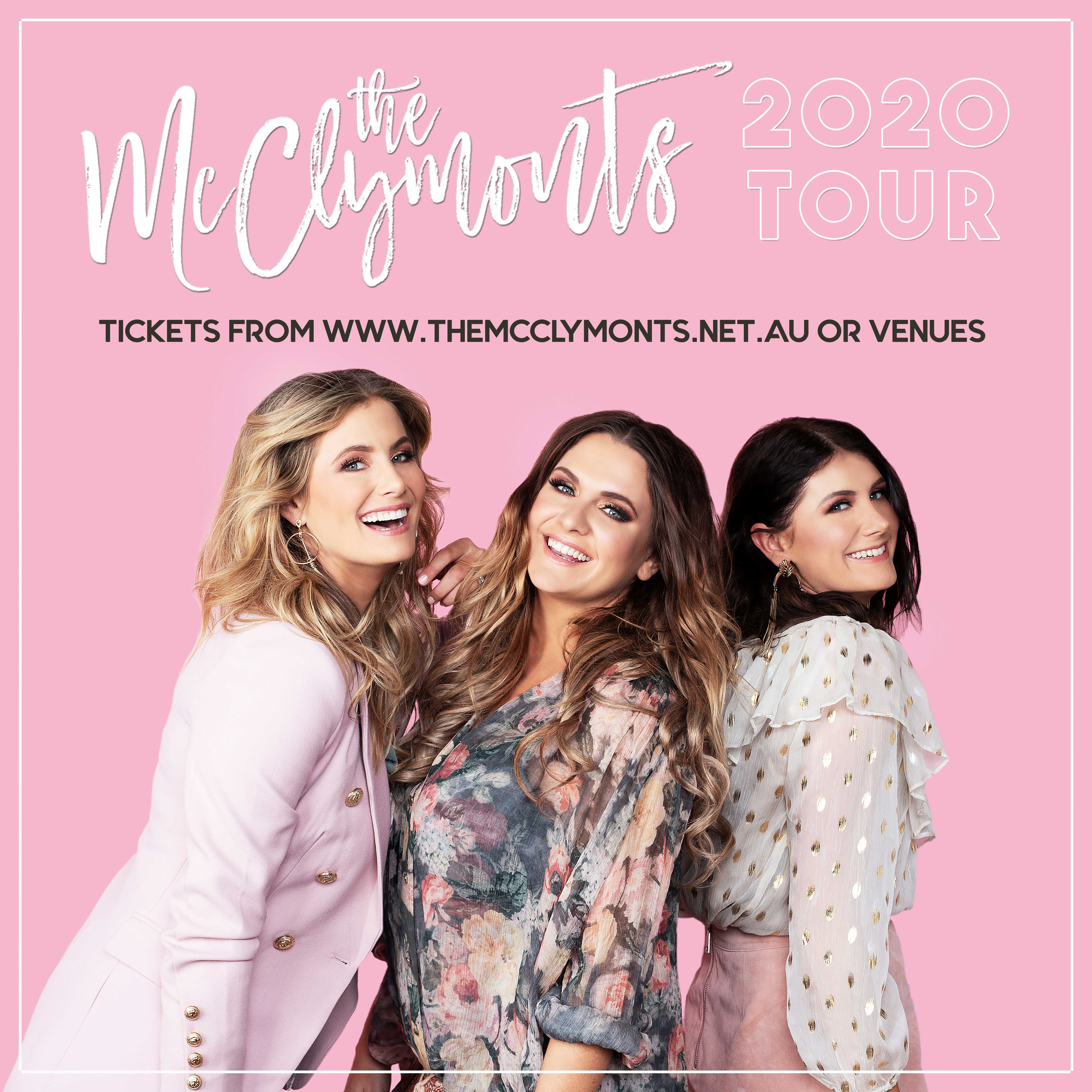 Australia’s favourite country group have announced today that they will be celebrating the start of the new decade with their most extensive tour in three years. Their 2020 tour will be in support of their sixth studio album which they are currently recording with award winning producer Andy Mak.

While this is set to be their biggest tour in three years, Brooke, Sam & Mollie have been anything but idle in that time. In between releasing their fifth album, Endless (also produced by Andy Mak), which picked up the Golden Guitar award for Toyota Album of the Year in 2018, the girls have welcomed four new members to the McClymont family over the last few years while Brooke is expecting her second child in January.

The 2020 tour will feature songs from the new album along with their trademark hits such as “House”, “Forever Begins Tonight” and “Like We Used To”, performed with their full live band.

“Time has flown since our last album and we can’t wait to get these new songs out into the world and start the tour.” Sam commented. “This will be our biggest tour in three years and we’re planning to make these the most fun shows we’ve ever done.” Brooke added. “There will be something for everyone in this show,” said Mollie, “we’re ready to kick off the new decade with a bang”.

The McClymonts have enjoyed incredible success since the release of their debut EP in 2006 with over 250,000 album sales and 20 million track streams. They have achieved one Platinum and two Gold album sales accreditations and received thirteen Golden Guitar Awards, two ARIA Awards and an APRA Award and become one of Australia’s favourite touring groups.

Tickets for the 2020 tour which is presented by KIX Country & CMC, are on-sale now from www.themcclymonts.net.au/tours or from the venues.

Tickets are on sale now from the following link and they are $45 including all fees:
CLICK HERE FOR TICKETS
You can also call the club on 5438 5800 to buy them over the phone or in person at the Club.