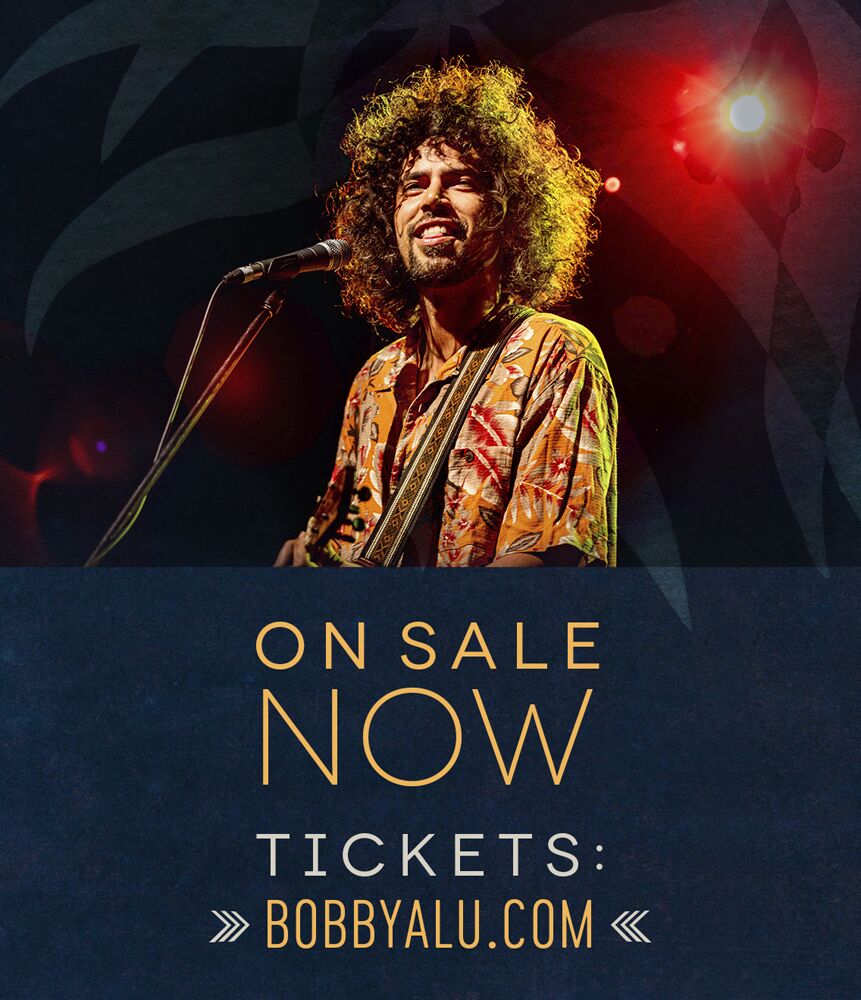 Cool, calm and collected, chill-master Bobby Alu wades deeper into the current today with the announce of an all ages 2020 headline tour in support of his third studio album ‘Flow’. Armed with nothing but beats, rhythms and good vibes, the ‘hammock music aficionado’ and his band cover 14 dates across Australia at venues and festivals fit for young and old.

The ‘Flow’ album shows mark the first headline tour since the release of the record and comes at the end of a huge year for the Byron Bay based multi-instrumentalist who has won over new fans both home and abroad in 2019. Gaining a Double J feature album spot on release, ‘Flow’ quickly entered the AIR Independent album charts and peaked at #1 on both the 100% Independent Albums Chart and Independent Labels Chart. Recently it also nabbed a four star review in The Australian and a spot in the Double J top 50 albums of 2019.

From being approached at the furniture store by random strangers to calls from friends, it’s clear ‘Flow’ is connecting. “It’s been so humbling to have already received positive feedback and stories from this album. A friend called me to talk about one of the songs and how it has helped them through a really difficult situation which is now resolved. This is the stuff that really inspires me to share music at the moment. I look forward to singing and performing the album live in 2020,” says Bobby.

A labour of love over four years with key collaborator and producer Paulie Bromley (george, The Beautiful Girls), the album revolves around observing human beings in their natural state of flow: “When it’s good, when it’s bad, the realisation and acceptance that it all works together”, Bobby explains.  With songs woven together across over 20 countries, each with a specific narrative, Flow is an introspective piece of work that mirrors who Bobby Alu is as an individual, and his musicality as a whole.

Performing 66 shows across Australia and North America in the last year alone, Bobby Alu has smiled from ear to ear, drummed, sang and strummed on his ukulele for an estimated 50,000 people. Shows have included supports for the likes of UB40 (UK), Trevor Hall (USA), Busby Marou (AU) and local and international support tour runs with longtime pal Xavier Rudd. The Byron Bay local also completed his own headline tour with sold out East Coast dates and managed to fit in two stunning performances at BIGSOUND and a live appearance at The Queensland Music Awards.

For Bobby Alu fans, if you know, you know. The pure joy on faces in the room as he and his band move from delicate ukulele reflections to full throttle drumming and dancing – it’s infectious. Family and connection is at the core of Bobby Alu’s music and with every single show open to young and old, there’s plenty of opportunity for every generation to live their flow from January.