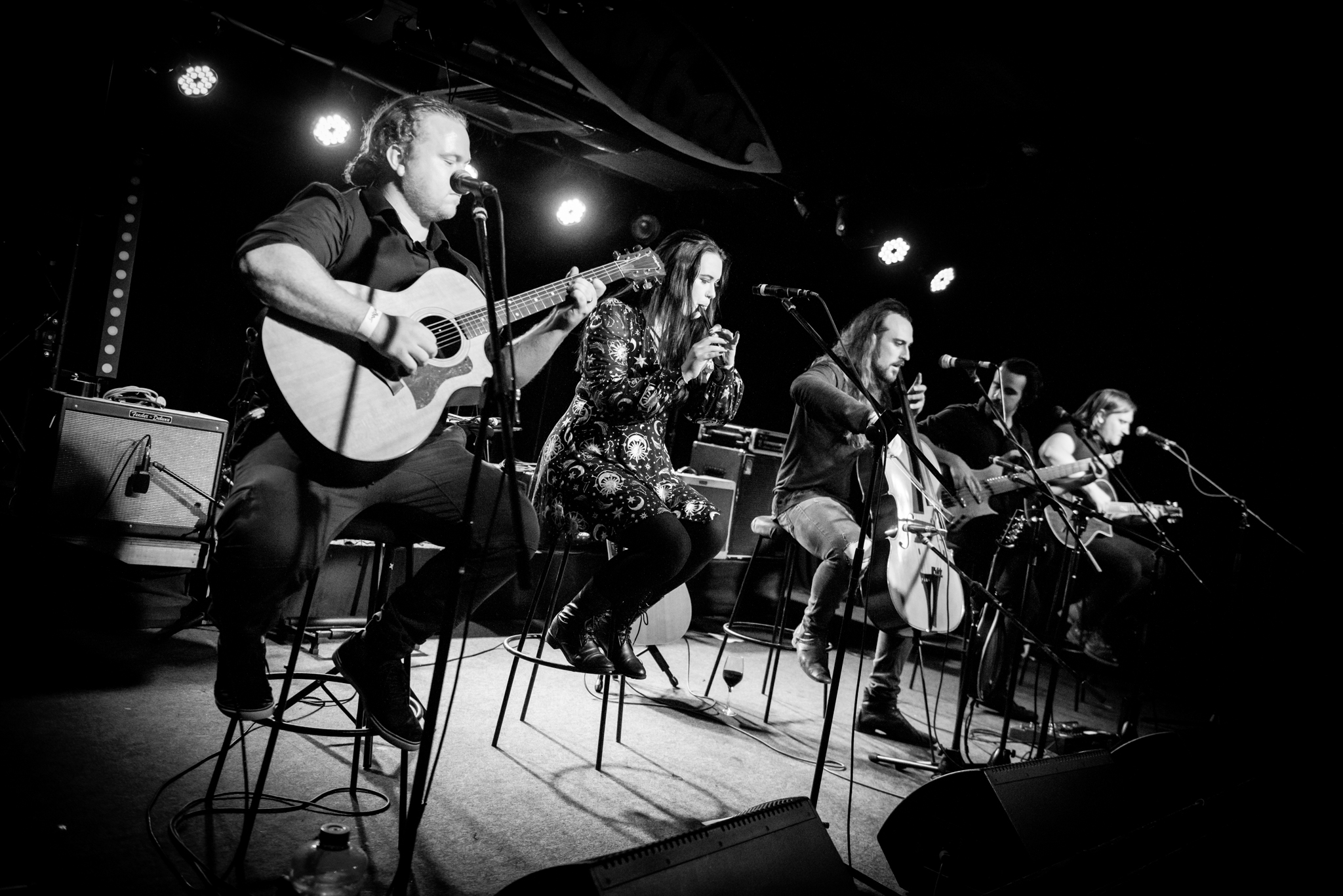 Valhalore played as part of their national acoustic tour at the Solbar, Sunshine Coast last Friday night (30 April 2021) with support from Lost Knights and Grmln.

This was a great show with the hard core fans turning out to see this Viking folk metal band play ‘acoustic and intimate’ – just like it said on the packet.  I wasn’t sure what I was in for even though I had listened to the acoustic song and video they released for this tour.  I was very impressed with Valhalore and their musicianship and their banter with the crowd.

The feature then was much more about the vocals, and how the strings and flute blended tastefully under Solbar’s hanging lampshades over the crowd’s heads – new audience as well as repeat supporters chanting along and dancing a jig.

This band and show reminded me of Jethro Tell unplugged and I really enjoyed seeing a heavy band like this stripped down and show us all a different side to them and their music.

They also gave us covers of songs by Blind Guardian, Omnium Gatherum and a traditional folk song to end the night off.

Grmln opened the show with their own brand of indie rock and Lost Knights presented their own gentler side, punctuated with incredible vocal harmonies.

Check out the photos that Marc Austin Zande (Shadow Photography) took at this show of all the acts on this post and the photo gallery.

Keep it live, loud, local and see you out at a gig/event very soon.